This morning while having my head shoved in an MRI, I decided to rethink my life. After all, I wasn’t going anywhere for a while and I needed something to distract me from the panic crawling up my body, generated from watching too many sci-fi films where the person in the machine gets atomized or turned into a giant faceless evil glob. Why not make use of my idleness and sort out life’s problems.

That paragraph likely brings out the problem, but in case it isn’t obvious – one shouldn’t be discovering “me” time in a tube designed to identify potentially life-threatening conditions living in your head. While it is true that having an MRI to diagnose migraines is good practice, I am disturbed by needing to go through it at all. First is the fear that maybe there’s more going on in there than just migraines; second is the suspicion that these migraines are my mind’s claxon, signaling the brain’s meltdown because it can’t contain all this nuclear waste anymore. (Or maybe there’s no brain left at all, having scampered off in “take this job and shove it” style.)

Migraines began visiting me a little over 3 years ago. I’d had a couple when I was younger, but not like these. Now I get possessed-by-the-devil headaches, the kind that make me want to rip out my own eyes and set fire to anyone who makes noise. They’ll last for days and once gone, I have to take a few more days just to recover. The only joy comes from unexpected precursors springing up Harry Potter style, such as the time I was in a meeting and everything in the room turned yellow. The pain stops me freight train dead in my tracks. Shop’s closed, phone’s off, don’t leave a message.

Seeking treatment is a good thing, but I do wonder if the cure will take more than a pill. For much of my adult life, especially after having kids, I accepted the temporariness of stability. Basically, life changes in ways that it just will, and part of creating stability is learning to adapt to what is not known. Once you get to the point of predicting what you do, something in life will change, necessitating a new response. Try to force or control this process, and we often find ourselves tossed about in the tornadoes we never could anticipate. Maybe our problem is that we like to control what we don’t understand – and there is so very much we don’t understand.

Recently, my life has been hit with new things – new job, new phase of life, new family circumstances…and I am just now figuring out that these are not temporary changes but permanent. That’s what I found myself figuring out while ignoring the jack-hammering noise of the MRI machine. What once made sense as a “transition” is no longer a transition – it has arrived, but I’m still treating it like it is going to go away. They are here and are forcing me to examine how I live my life and where I put my energy, which up until this point has been spent trying to wrangle this herd of wild horses.

I’m no horse-whisperer though (even though I think it would be cool to do that). But I think, in between the hums and bangs of the MRI, I have been trying to throw ropes around those mustangs to force them into a pen. It won’t work. I didn’t catch any in the first place, even though I convinced myself I had. Those horses have to run, buck, do what they’re going to do, and I need to stand still and learn to see the paths they make.

Ok someone who really knows horses might say that’s a stupid thing to do but I’m not really talking about horses, it’s a metaphor, deal with it.

Admittedly, I’m sad at the thought that these new paths may well take me away from things I once wanted. But I am not sure if that will be a loss since the endpoint of these new directions can’t be seen yet. I am hoping regardless that changing course reorients me towards what is meaningful, valuable. At the least I’m hoping it means a few less headaches. In the meantime, could someone get me out of this fucking machine before I jump out of my skin…

Professor, storyteller, filmmaker (sort of). I talk and write for a living. View all posts by Shawn OxnDog

This site uses Akismet to reduce spam. Learn how your comment data is processed. 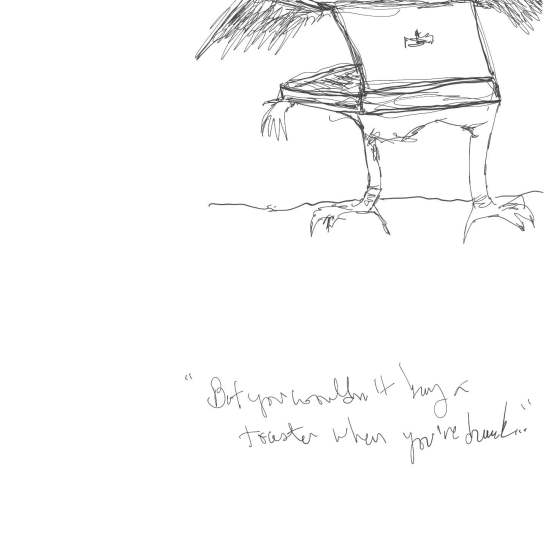 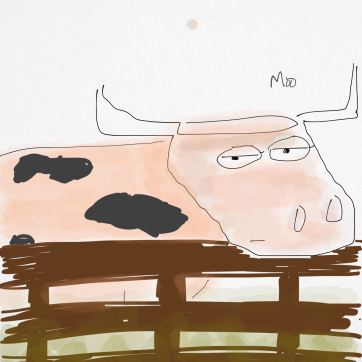 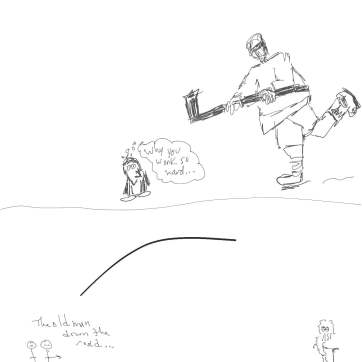